Angels Stadium Anaheim CA. May 9, 2013. Wednesday was Cystic Fibrosis Orange County Chapter “Legends Batting Practice and Fielding”. On hand was Baseball Hall of Fame (1991) Rod Carew, Tim Salmon, Doug DeCinces, Bob Grich, and Justin Speier. Each guest donated $1000.00 to spend the afternoon to be on the field with the Angel Legends, with family and friends watching from the stands. Two guests came from as far away as Amarillo Texas and Maryland respectfully. With an invite to the Angels dugout, Doug DeCinces introduced the Angle legends and gave everyone the ground rules. Have fun but keep your eye on the ball and where you’re at on the field. The other advice was to not over exert yourself. Relax and enjoy the afternoon.  With groups of five, each group rotated from the batting cage, to outfield and infield drills. Each Angel player took turns with each leg of the rotation. Doug DeCinces stayed at the batting cage insuring that all players had the proper swings and stances. Most of the pitching was done by Justin Speier and Tim Salmon.

Not only were the kids having a blast but the look on the faces of the adults this experience was bringing the Little League  out of them. A couple of the kids you could tell that they were natural ball players with comfortable swings and making solid hits into the outfield. Everyone now is taking turns at the batting cage. Most of the adults are having just as much fun as the kids if not more. Just to be on a Major League ball field is quite an honor. This was my first time on the field as it is used for baseball. I have been on it many times during Supercross but that is a different set up and crowd.

To stand on the bases and the pitchers mount and to see what the players see was exciting. The next thing I know the Legends are batting. Tim Salmon has not lost his touch. The furthest he hit one was on the left field fence, approximately 370 feet. Then it was back to the dugout for Q&A. Some interesting questions about how umpires are affecting the game. Too whether Pete Rose should be inducted into the Hall of Fame (yes from Rod Carew). Which pitcher Doug DeCinces feared (Goose Gossage). Then it was time to BBQ. Food was provide the Angel Diamond club which included pulled pork sandwiches, BBQ beans, coleslaw, drinks. CF foundations provided baseballs for autographs, Thanks to Mike Shumard, Director, and James Goodson CF Foundation and the Angel Organization. 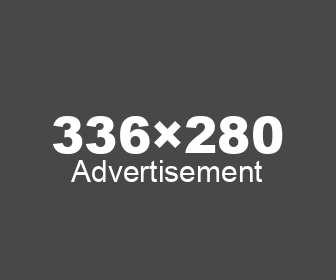 The annual Newport Beach Film Festival got off to a great start last night with a beautiful evening and beautiful, talented people. With it’s 15th…